Little did he know, Kris’ first trip to China in March 2013 was not only to be introduced to my parents, but also to a fascinating world of tea.

My hometown is in Yunnan Province, one of the first tea-producing regions in the world, the cradle of ancient oriental tea trade, a place where the tea culture is deeply rooted.

Sometimes referred to as the Southern Silk Road, the Ancient Tea Horse Road became a trade link a thousand years ago stretching from Yunnan to Tibet, Assam and Bengal, as well as to central China. Along the route, on the Himalayan highland or in the Sichuan basin, under the sun or beside the campfire, wherever the tea merchants passed by there would be fragrant scent of tea in the air.

Many things which are normal to me seem strange to Kris, such as my dad sipping tea throughout the day (and having a highly caffeinated tea right before going to bed), close friends gathering for casual tea ceremonies at home around exquisitely carved wooden tables talking about colours and notes of the tea served by the host, old grandpas strolling in the street with a huge pot of tea in hand, all restaurants serving free tea…

Out of curiosity, Kris asked me to take him to the tea market. To his surprise, big sacks of different types of loose tea leaves were lined up store after store. Any store would have a selection of around 50 kinds of tea, with various grades.

We sat at tea tables store after store tasting and talking about tea with tea famers and business owners. By the time we felt dizzy and ready to go home, we had ended up with kilos of tea leaves and all kinds of generous portions of samples.

After we came back from the market, we kept talking about how different tea is perceived and consumed in China and in the UK, in the end coming up with the idea of trying to invite our friends and more people to try our Chinese tea in Cambridge where we live.

Leaving China with lovely memories associated with tea, we both knew that we had embarked on a new journey. 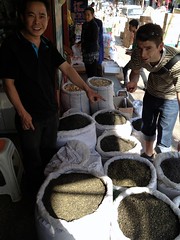 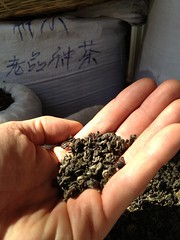 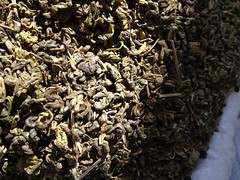 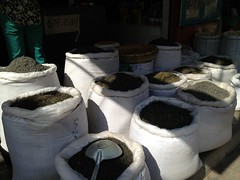 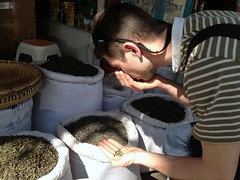 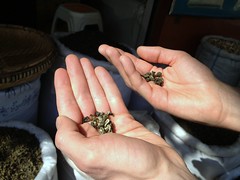 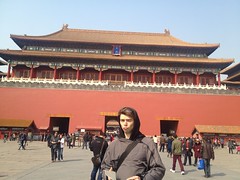 tedortea.com_first_trip_to_China_09
Posted on March 15, 2013 by Yanxi in china0 comments